We visited my mother and her husband David in New Hampshire for thanksgiving in 1998.  My mother had moved there with her then new husband back in 1984 and I had made the trip once or twice a year since then with one of those trips always coinciding with the Thanksgiving holiday. Traveling the 350 miles by car was usually a six to eight hour experience that could range from boring to fun depending on who was in the car, and this trip was surprisingly uneventful given the fact that we had almost 300 pounds of dog in the back of the Subaru.

Since we had two slobbering beasts stuffed into the car with us, we stopped often to let them out so they could walk around, relieve themselves and enjoy some time doing anything other than being stuffed into a car. Come to think of it, those were the same reasons that we usually wanted to stop. After what seemed like 384 hours on the road (it was seven) we arrived safely, setting a personal record for the most stops caused by the need to clean drool off of the back window (four).  END_OF_DOCUMENT_TOKEN_TO_BE_REPLACED

My mother, Joyce A. Grier, recently died. As her son, I was honored to give the eulogy. I had so many requests for copies of what I wrote, that I decided to share it with the world. This eulogy was delivered by me at a small Catholic church in New Hampshire on Tuesday, July 24th, 2012.

As anyone who knows me will attest, I am not a people person, which is the polar opposite of my mother who was the most gregarious person I’ve ever met. I do love an audience though, so please indulge me a bit while I tell you of my mother from my point of view. My view may not be the same as anyone else’s, but I promise that it is an honest view from where I stand. In many ways, my mother helped define me as a person. I don’t think she set out to mold me in any way. I think she was simply who she was, and it was up to me to see the example. What follows, is nothing more than a small list of those examples.

My mother was a positive person. Now, there’s a joke in there about how my mother was always positive that she was right, but I figured that it wasn’t appropriate for a eulogy.

<laughter – ad-lib: “Judging from the laughter, I don’t think that I need to say anything more on that subject.”>

It has been said that the average person lies on their death bead, lamenting the things they’d wish they’d done. In fact, the average person (myself included, just ask my wife) likes to complain about a lot of things. END_OF_DOCUMENT_TOKEN_TO_BE_REPLACED 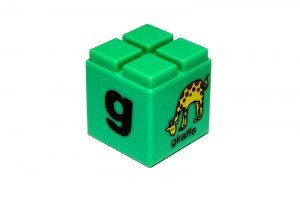 I love my kids. I also used to work on Wall Street which, for those of you who don’t know, is approximately the same distance from my home that Saturn is from yours. Astronomically speaking, that equals two kids who never got to see their father. Or at least that’s how it seemed to me one day in 2002 while rushing down Wall Street in an effort to catch the Ferry.

As I was walking home from work with some extra cash in my pocket (an anomaly I assure you), I stopped at a street vendor to see what wares he was purveying. Mostly I spied the usual books, incense, imitation leather phone holsters, absolutely real Rolex watches and golf clubs (yes, really). As I was about to continue on my way, some bright colors caught my eye. Resting on the finely crafted folding card table, nestled between the books and the incense, were packaged sets of brightly colored blocks. END_OF_DOCUMENT_TOKEN_TO_BE_REPLACED

If you live anywhere in the northeastern United States, then you’ve probably seen the bumper sticker that proudly proclaims,This car climbed Mt. Washington. As a boy who spent a week every summer in the White Mountains of New Hampshire, the ubiquitous bumper sticker seemed to be a badge of honor. Mount Washington is the tallest peak in the northeast after all, so any car that climbed to the top must be something special. In my (almost) 47 years, I had never been to the top of Mount Washington. For those 47 years, the cars with the red, white and blue bumper sticker silently mocked me while smugly passing me on the interstate. My shame was profound.

The summit of Mount Washington is home to what is affectionally called the worst weather in the world. They have recorded winds as high as 231 miles per hour at the summit, and temperatures as low as -50 degrees Fahrenheit. If Hell has a stronghold on Earth, I bet it’s at the summit of Mount Washington, though only in the winter, and only if you believe in Hell, and only if that Hell is a cold place. END_OF_DOCUMENT_TOKEN_TO_BE_REPLACED 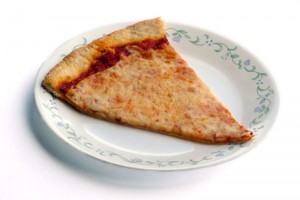 As you may know, Fridays evenings are sacrosanct in our house, because that’s when we have Pizza and Movie Night™. If you’ve read my previous tales, then you may already be smirking. For those of you who haven’t committed all my previous tales to memory, I’ll just say that the last time I wrote about Pizza and Movie Night™, the story did not end well. Shocking, I know.

Sure, you may have laughed at my misfortune in the past, and I’m sure many of you have sided with the beast, but this time… oh this time I had her dead to rights. This time I knew that I had her outsmarted, and naturally, that’s why it all went wrong. END_OF_DOCUMENT_TOKEN_TO_BE_REPLACED 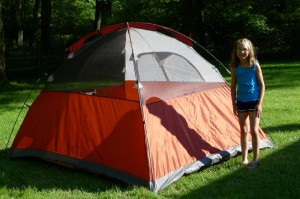 After receiving her tent, Colleen waited patiently for summer. Actually, I may have misused the word “patiently” in that sentence. I’ll let you be the judge. Here’s how I would describe the six months between Christmas and the events in this story: END_OF_DOCUMENT_TOKEN_TO_BE_REPLACED 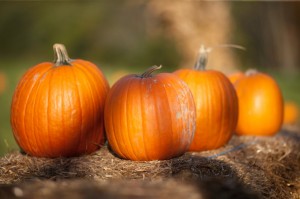 As you may have noticed, I have not updated my blog in over a month. My sincerest apologies, but I do have a good excuse reason. The good news is that I’ve been very busy finishing up the second edition of Network Warrior (you can even pre-order it if you’re so inclined!) The bad news is that there is still much work to be done, so my free time remains at a premium, which brings me to today’s piece.

For the first time in the 18-month history of GAD’s Ramblings, I’ve invited a guest writer to fill in for me. Meghan, my 11 year old daughter, wrote this piece for school. When I first read it I smiled because it felt like I was reading one of my own stories, but altered just enough so that her voice and point of view was present. I have only edited this for minor punctuation issues and formatting. I have added the pictures, but not corrected grammar. This is the work of a fifth-grader, remember, so please be kind. END_OF_DOCUMENT_TOKEN_TO_BE_REPLACED 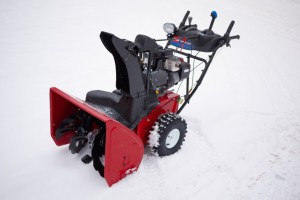 I like to think of myself as a relatively intelligent person. I can program in six languages, can play multiple musical instruments, run a small server farm in my garage and design networks for Fortune 1000 clients. Recent events would indicate, however, that I am not smart enough to own a snow blower.

For the squeamish amongst you, fear not. I did not sever any digits nor did I wound any appendages. No animals, human or otherwise, were harmed during the making of this story. No, the only thing harmed in this tale was my pride, and the control rod of my 15-year-old snow plow. END_OF_DOCUMENT_TOKEN_TO_BE_REPLACED 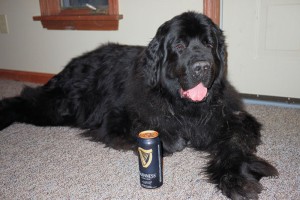 You may remember from day one of our most restful and enjoyable of vacations, that Guinness has an extreme prejudice against two-wheeled vehicles of all kinds. As we drove along the New Hampshire highways, the first group of biker’s passed us. Like beaten prisoners we all flinched in preparation for the onslaught of barking and general carrying-on that always accompanied the drone of oncoming motorcycles. Only this time, nothing happened. END_OF_DOCUMENT_TOKEN_TO_BE_REPLACED 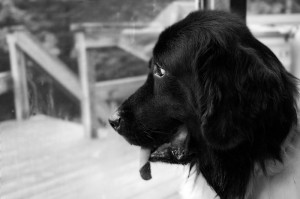 Saturday, our last full day in New Hampshire was the perfect day for a drive to the top of Mount Washington. The sky was perfectly clear, the temperature was in the 80s, and there was no wind at all. That translated to a 45 degrees, and 35 MPH winds on top of the mountain, and that’s a balmy summer day up there. In my almost 40 years of coming to New Hampshire, I had never been to the top of Mt. Washington. We had bought “next day free” tickets for the water park though, and the kids wanted to go. Worse, it was two hours to get to the auto road, plus at least an hour up and back, 30-60 minutes there, and the water park closed at six. Knowing I couldn’t disappoint my kids, I had to take the disappointment myself. I was a very grumpy bug. END_OF_DOCUMENT_TOKEN_TO_BE_REPLACED