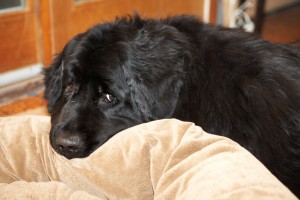 I am happy to report that Guinness is recovering nicely, though it has not been an easy proces. The past couple of weeks have been, shall we say, interesting. Between Guinness recovering, Christmas and New Years, a rapidly approaching deadline for the 2nd edition of Network Warrior, and me traveling for work, I am a tad, shall we say, burnt out. Going back to work almost felt like a vacation. Almost. END_OF_DOCUMENT_TOKEN_TO_BE_REPLACED 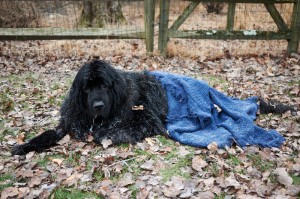 The night of day three I got all his pills in him with the pill gun. He hated me for about a 1/2 hour, but he needed his meds dammit. I slept on the couch this time to let Lauren get some sleep. To be painfully accurate, I didn’t actually sleep so much as lay there for eight hours. At least he wasn’t lonely.

The next morning I think he figured out a way to scoop his tongue back into his throat and pull the pills out. What’s worse, every time he did that, he ruined three expensive antibiotic capsules. I think I need a horse pill gun. This would have been easier if they’d just given me a needle and syringe. END_OF_DOCUMENT_TOKEN_TO_BE_REPLACED 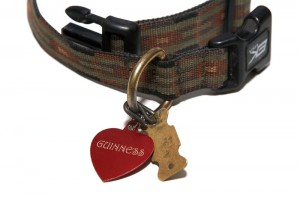 Bringing Guinness to the Veterinary Hospital wasn’t as bad as I’d expected, but it was still an emotional day. Guinness was excited to go for a ride in the car, and limped outside. He climbed up into the back seat of my car, eager for some window snorting. I won’t let him stick his head out the window, but I cracked it so he could enjoy the onslaught of smells from the road. Seeing as how all this transpired at 6:30am, I could not have cared less about the drool on my normally spotless windows. I am not a morning person, which also explains why I forgot my sunglasses. I did get to enjoy the sound of my retinas sizzling as I watched the sun rise directly over the highway for an hour. END_OF_DOCUMENT_TOKEN_TO_BE_REPLACED 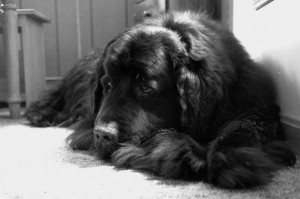 TPLO stands for Tibial Plateau Leveling Osteotomy (now you know why everyone refers to it by its initials). TPLO is a procedure used to help a dog deal with what is roughly analogous to a torn ACL in humans. When I look at Mr. Guinness as he struggles to get up and down the stairs, I can feel his pain. You see I completely ruined the ACL in my right knee some 15 years ago and had surgery to have it repaired. The difference is that he has ruined both legs, he needs the surgery more than I did, and he seems to be in more pain than I was. He has no idea what’s coming. It’s killing me though. END_OF_DOCUMENT_TOKEN_TO_BE_REPLACED