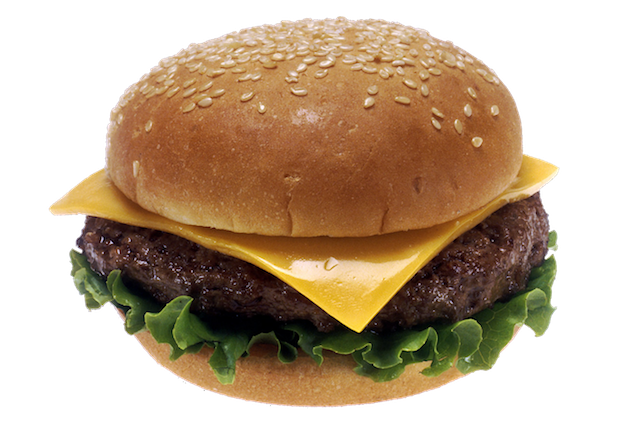 Before we get started, I’ll need to get this out of the way: My family enjoys American Idol. I resisted, feeling that the whole reality show genre was positioned squarely beneath me, but my wife liked it, and the kids liked it, so my resistance waned. After finding myself watching from the doorway, pretending that I was on my way to do something more respectable, I finally had to admit to myself that I wasn’t nearly a high-brow in my television tastes as I had liked to think.At any rate, American Idol is a weekly family event while it’s on, and we enjoy watching it in the family room with the high definition TV and surround sound system. Well, I enjoy all that. The rest of the family would be happy to watch it on a nine inch black and white TV with a twisted coat hanger for an antenna. I guess my standards veer more towards equipment and experience than content.

American Idol is on at 8:00pm on Tuesdays, and the kids have an 8:15pm bedtime, so we compromised by letting them stay up until 9:00pm on Idol night. I’m not sure how that’s a compromise, but the intricacies of politics with children often elude me. At any rate, this fine evening the kids had been busy all evening with extra-curricular activities and didn’t get home until 8:00pm, so we were running late.

Every Friday is Pizza and Movie Night™ in our house, which happens to be the only night of the week that we don’t eat dinner as a family at the dining room table. Instead, we sit with our pizza on the couches in front of the big TV while the dogs stare intently at us, drool literally pouring from their mouths as they wait for us to offer them some crust.

This pizza crust dance has gone on in our house for thirteen years. From the time our first newf, Cozy, came to live with us, she quickly learned that the crust was meant for her.  How she managed to communicate the rules to our new dogs from beyond the grave is a mystery, but I’m glad she’s still being heard, even if she has squandered her inter-dimensional gift by sharing tips on how to annoy Daddy.

This night though, was not Pizza and Movie Night™. This night was just regular American Idol night. We normally eat dinner upstairs then go down to the family room to watch American Idol in all its high-def glory. Being the clever people that we are, this night we concluded that we could eat our dinner – cheeseburgers – on the couch in front of the TV. Brilliant! It would be like camping, only inside on comfortable couches with a 50-inc high definition TV, killer surround sound, and all the electricity we could consume. OK, so it wasn’t like camping at all, but it was different and it was fun… for a while.

During Pizza and Movie Night™ the dogs know the rules. The rules, put as simply as I can state them, amount to this:

OK I’ll admit that I don’t always opt for the Battlestar Galactica brand of profanity. Depending on the day, and/or the dog, the epithet may be significantly more Earthly, not to mention colorful. It may also be eliminated entirely, though honestly that’s a rare event.

Guinness is a good boy. In fact all he wants out of life is to be a good boy. Apparently being a good boy includes barking like a deranged junk yard dog when bicycles roll by, but we’re working on that. Guinness knows that sitting after hearing the word “sit” means he’s been a good boy. He hasn’t quite figured out what “Move your fat head – you’re blocking the remote!” means, but he’s still a good boy. In all fairness that is a complex command for a dog, even one as smart as Guinness.

Annie has no interest in being good. Being good means doing without the finer things in life – things like toilet water, garbage, dirty underwear, tasty remote controls and a myriad of other delectable treats. Within Annie’s ferret brain, the math is simple: being good = no cheeseburger. That my dear friends, is not just unacceptable, it’s unimaginable!

Annie may not care for the ways of honor and discipline, but she is definitely a clever girl. She knows that she’s not allowed to stick her nose on our plates. She knows that she’s not allowed to make full frontal assaults on us while we’re eating tasty meals at nose level in the family room. She even knows that she’s suppose to be sitting while we eat. She knows all of these things. She also seems to know that if she can sneak around behind the couch and quietly stretch her long neck onto the armrest, she might get a crumb from one of the kids. This behavior infuriates me because she thinks she’s getting around the rules. She doesn’t seem to connect the fact that “sitting” means not walking or sneaking or doing anything other than sitting. Thus the expletives.

To counter this move, the kids usually sit on the couch along the wall while Lauren and I sit on the loveseat facing the TV. The loveseat used to be a wonderful recliner positioned at the epicenter of (meticulously tuned) sound from each of my eight magnificent speakers, but the couch somehow replaced the recliner. I’m still not sure how that happened, but I’ve since learned that “I’d rather sit alone in a recliner than in a loveseat with my wife.” isn’t a conversation that I’m willing to initiate. Furniture placement apparently reveals a lot about a man’s character. Regardless of the furniture’s position, Colleen was sitting with me in the loveseat as American Idol began.

Colleen has a habit of putting her plate on the armrest of the couch when she’s not holding it. We have a tile floor in the family room and should the plate drop, it would smash on the tile into foot and paw piercing shards. We’ve been there – it’s not fun. Still, she’s nine, and a girl, which I’m learning involves a genetic predisposition towards ignoring instructions from men. As you might have guessed, this night Colleen put her plate on the armrest while she reached for a drink. I told her not to, but my instructions must have been dropped by the “words from a dumb ol’ man” filter she inherited from my lovely wife.

The next few seconds all seemed to happen in slow motion. As I yelled for Guinness to move his fat head, Colleen screamed out in horror, “She got my cheeseburger!” I turned from my battle with the remote control to address the commotion. Since I had learned to associate the “She” in “She got my <insert damn-near any item here>” to be Annie, I turned to where she had last been seen. No Annie.

While I was busy trying to wrestle the remote from the gravitational field surrounding Guinness’s enormous head, Annie had seized the diversion. The filthy she-beast had quietly tip-toed around the back of the couch and deftly snatched Colleen’s cheeseburger from the plate without making a sound. The crime took all of two seconds to plan and execute, and I swear Annie didn’t even chew. Just like that, the cheeseburger was gone.

I stood up and yelled “Annie!”, at which point Annie came slinking out from behind the couch. I couldn’t yell at her any further. Her tactics were brilliant, her execution flawless. She knew what she had done was bad, and she had that guilty look on her face. But she also got the cheeseburger, which, to her, was good. We all stared in wonder at Annie’s newfound bravata. The deed was done. There was nothing we could do about it now. Colleen got to have mac and cheese for dinner, and we all settled in to watch American Idol, Annie with a full belly, and Guinness again wondering when being good would pay off.

It’s rare that we can come up with a new nickname for Annie, the Landseer she-beast ferret-dog. This day she earned one though: Cheeseburglar. Oh, and though I was tempted to use the name Hamburglar, the burger she ate most assuredly contained cheese. That, and I’m fairly certain that the McDonalds corporation employs more lawyers than me.

6 thoughts on “Annie the Cheeseburglar”