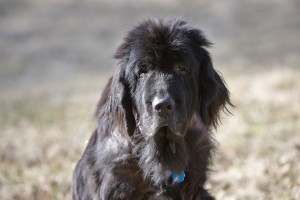 While every dog is different, I would estimate that 10 years is about the average lifespan for Newfoundland dogs. Cozy had only lived to be eight, but we considered her to have died too young. The oldest Newf we had ever heard of was Henry who lived to the ripe old age of 17 ½∗. Such long-lived Newfs were very rare however.

Someone on Newf.Net had posed the idea that once a Newf reaches the age of 10,  every half year should be celebrated. Of course Lauren took that to heart and we celebrated accordingly. Still, Daisy’s 12th birthday was a special occasion, even when counting by half-years.

Daisy celebrated her 12th birthday with Lauren spoiling her rotten. I didn’t think that a dog could be more spoiled than Daisy had become, but Lauren found a way. We took Daisy out to the hill in the yard and I took some pictures, just like we did with Cozy when she was so sick. Daisy had a lost a good bit of her fur from skin allergies, and though perhaps not as picture perfect as the show dog she once was, she was still the elegant Duchess: Miss Daisy. 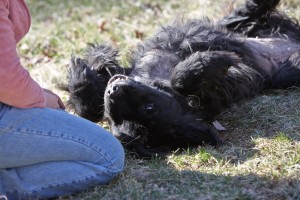 Daisy rolled over on her back and pawed at Lauren like a puppy,  soaking up the attention on her special day. During dinner we had a conversation that has been repeated often, with varying degrees of indignation. Generally it would go something like this:

“Daddy, how old is Daisy in dog years?” This from the mouth of Colleen, the little one. Colleen is very much like me, though she had a propensity to push my buttons in ways that can be aggravating when she’s feeling spunky and I’m not.

With the patience of a dad who’s answered the same question 138 times I calmly explained, “There’s no such thing as dog years, dammit!” This would generally be followed by giggles while Colleen would then turn to Lauren and repeat the question.

“Mommy, how old is Daisy in dog years?”

Before Lauren could answer I would interrupt with mock indignation, “Look, Daisy’s on this planet with us, and this planet circles the sun once a year. That’s what a year is! She’s not on a dog planet — she’s on this one, and on this planet, one year is 365 and one quarter days!” I like my science undiluted by such colloquialisms as dog-years, thank you very much.

Colleen would sit and calmly listen to my outbursts while Meghan giggled. When I was done Colleen would again turn to Lauren, “So how old is Daisy?” 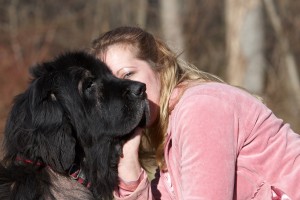 “Look, this is a matter of science, and science does not recognize dog years. A year is a year. Why don’t cats have years? Or horses? Or houseflies for that matter?”

Lauren would go on to explain, “To get the number of dog years, multiply their real age by seven…”

“Ah hah! You said their real age! Her real age is twelve. Twelve! Not eighty four or four thousand or anything else – it’s twelve. Period!”

Lauren, ignoring my rants as anyone would ignore a crazy person feeding squirrels in the park asked the girls seriously, “So what’s twelve times seven?”

Both girls shouted gleefully and in unison, “Eighty four!”

I knew that the more ridiculous the premise, the more enjoyable the math, and if the girls learned how to multiply by engaging in these mock arguments, then all the better for them, even if I was right. 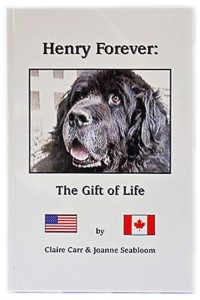 * Henry’s story is recounted in Henry Forever: The Gift of Life (Carr, Claire, & Seabloom, Joanne (1999) ISBN: 0-89826-091-4), in which I was mentioned. Henry’s papers had long been lost, so there is no substantiation for his claimed long life, but having been a member of Newf-L when his stories were being told, I can tell you that none of that mattered. We all loved Henry and even if his age was not accurate to the day, he was a good boy that enthralled us all with his tales, much like Cozy, and now Daisy.
More about: [ Guild Guitars ][ Dogs ][ Cozy Tales ][ Ferret-Dog ]