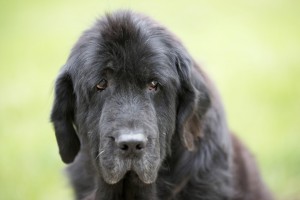 Over time we slowly adjusted to life without Cozy and Daisy developed some interesting eccentricities as during that time. When Cozy was so sick, Lauren had done anything she could to get her to eat including cooking bacon and eggs for her every morning, and liver most nights for dinner. If you’ve got two dogs you can’t give bacon and eggs to only one, so Daisy of course enjoyed the bountiful new eating arrangements. Not only did she get her fair share, she would also get Cozy’s on the days when Cozy didn’t feel like eating.

Once Daisy had a taste of the good life, she had no interest in returning to the common fare of the bourgeoisie and so The Duchess, Miss Daisy, became beneath such insulting grub as kibble. She demanded that her dinner be handmade to her exacting specification.

In other words, she had become a royal pain in the ass.

A creature of such royal upbringing and nobility as Miss Daisy could not be expected to follow a hand cooked meal with mere tap water. No no! Miss Daisy would only accept Poland Spring water for her post-dinner digestif.

We had a five gallon water cooler in the dining room. Daisy’s bowl held three quarts and would be filled at least three times a day and simple math showed that roughly half of the expensive water we were buying went to Daisy. If we dared try to replace the water in her bowl with common tap water, she would sniff it, then stand and stare at Lauren as if to admonish an idiotic servant girl for her unpardonable behavior. We live in the country and have a well, and our water is pretty darn good, but it simply was not up to miss Daisy’s refined tastes.

During one of Daisy’s vet visits, Dr. Fritz discovered a murmur in her heart. It wasn’t life threatening, and didn’t seem to bother her, but Dr. Fritz recommended that we bring her down to Red Bank to see a specialist. Red Bank was over two hours from where we lived.

There comes a time in a dog’s life where they’re too old for extreme (not to mention expensive) procedures. We weren’t sure that Daisy had reached that stage, but at 10, she was pretty darn close.

Though Lauren and I didn’t have any big discussions about it, I know that we both struggled with the decision. Though Daisy wasn’t outwardly sick other than her skin allergies, giant breed dogs just don’t have long life spans. Should we spend what could be thousands of dollars on Daisy when she doesn’t appear to be in any distress? If she needed surgery, would it make her life any better? We didn’t think so.

We agreed that we would not pursue treatments in Red Bank for Daisy. She wasn’t in any pain, she still ate well and, though she looked a little rough around the edges, she was still a happy dog. We decided that the stress and potential trauma was not befitting a duchess of Daisy’s stature.

While Cozy was around, she had been the clear Alpha of the pack. When Cozy barked, Daisy barked. When Cozy ran outside, Daisy would follow. Daisy was happy to be the Omega dog; she never wanted the responsibility of leadership.

When Cozy died, Daisy had no one to follow. Being the only dog for the first time in her life, she was the Alpha and Omega all rolled into one, but since she had never been an only dog, for some time didn’t seem to know what to do. There was an odd silence in the house without any barking. Daisy was too shy to start any ruckus, or so we thought.

Lauren took Daisy to her friend Sandra’s house to spend some time with their aging (but still crazy) chocolate lab, Cocoa. Lauren figured that Daisy would relish some time with someone of her own species, and Lauren had visions of Daisy joyfully romping in the yard with Cocoa while she and Sandra sat in the porch swing, wearing big hats and sipping mint juleps. At least that’s what I remember her telling me. 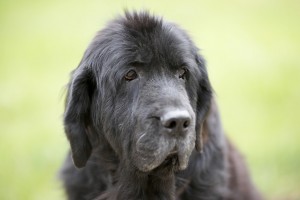 Daisy wanted nothing to do with other dogs as mere canines were beneath her now. Instead of romping, she elected to sit inside in the air-conditioned house. She also chose to sit on the couch, since she had become far to regal to lie on the floor. I can’t be sure, but I would bet that she wouldn’t have minded wearing a big hat and sipping a mint julep of her own.

One of Daisy’s great pleasures late in life was going to the bus stop with Lauren to wait for the girls. She would walk up the gentle slope of our driveway by Lauren’s side with her leash in her mouth. This is not considered “good dog” behavior, but at this stage in her life, Daisy got what Daisy wanted. Since Meghan was in first grade for a full day, and Colleen was in kindergarden for a half-day, Daisy would get to enjoy three trips to the bus stop every day. Mrs. B, the bus driver, would say “Hi!” to Daisy every day as Daisy would stick her head into the bus. Daisy wouldn’t bark like Cozy did; she would just favor Mrs. B with a happy wag and a smile instead.

As the months passed without Cozy, we were astonished to hear Daisy bark on her own. If Lauren didn’t feed her when she wanted to be fed, she would stand and look at her, wag her tail and let out a soft wuf. At first she was almost embarrassed but as time went on she became more and more brazen. The volume or timbre of her voice never changed — it was always just wuf. The Duchess had found her voice.

Somehow, we discovered that Daisy would eat off of a fork like a person when given the opportunity. We have strict rules in the house about how dogs should behave during dinner, or at least we did. As Daisy got older, the rules seemed not to matter much to any of us. I found great joy in feeding Daisy morsels from my plate during dinner.

Normally, when you put something on a fork and show it to a dog, the dog will either lick it, or try to eat the fork along with the attached morsel. The concept of forks seems too much for most dogs to handle. Maybe it’s the lack of thumbs that throws them off, or thousands of years of rending flesh with huge teeth. Either way, for most dogs, the use of eating utensils slows down a fine meal.

Daisy was more regal than other dogs. If I put a piece of steak on a fork and presented it to her, she would wrap her lips and front teeth around the steak and gently pull it off of the fork. I swear she was better at using utensils than my kids were.

For the next year and a half, the elegant miss Daisy ruled the roost where she became the undisputed queen of the house.We were merely her servants as she sat upon her throne, which was of course our living room couch. We had a rule about dogs on the furniture, remember, but all the rules seemed to have simply faded away for Miss Daisy. My allergies manifested themselves and I could no longer sit on the couches but that just didn’t matter.

Apparently, I did not hold a rank as high as Miss Daisy.