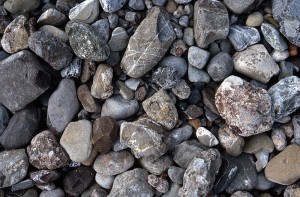 Cozy had always had a problem with Urinary Tract Infections or as those hip to the lingo call them, UTIs. Female dogs squat when they pee, and we had been told that UTIs could be a problem for them, especially if we had tall grass. Since I was working in the city and rarely got home before 7:00 p.m. to mow, poor Cozy seemed to get them constantly.

We had taken her to the vet’s office repeatedly and each time fed her the required antibiotics which fixed her right up. This time though, they did not seem to help. The vet suspected bladder stones, and needed to X-ray Cozy to be sure, so the vet and techs took Cozy from me and led her into the back room by her leash. I watched through the little window in the door where I could see Cozy looking back at me, panicked and afraid. She didn’t want to leave me so she struggled a bit with the vet, and by struggle I mean refused to move. The more she fought them, the more concerned I got, and the more I pressed my face up against the little glass window.

Cozy could see me the whole time and, deciding that she needed to be with me, started to fight her way back. She didn’t really fight so much as squirm and writhe, which only made the whole thing seem even more dramatic. Two techs and one vet, all women who individually weighed less than Cozy, were no match for her strength and low center of gravity. They tried pulling and cajoling her to go into the radiology room, but she wanted none of it. She could see me, and she wanted to be with me, simple as that.

“Move away from the window!”, the vet yelled.

I obeyed the rude command, shaken a bit from being yelled at, and retreated to the waiting room. A few minutes later the vet came out and apologized.

“I’m sorry I had to yell, but it’s clear that Cozy and you have a connection, and as long as she could see you she wouldn’t cooperate. As soon as you walked away she was fine and we were able to get her up onto the table without a problem.” That was the first time since Cozy had picked me as a puppy that anyone had suggested that Cozy and I shared some sort of connection. I hadn’t thought of it that way, but the words echoed in my head.  I certainly had become attached to my Cozy, and I was very worried about her while I watched her through the little window.

After a few minutes, one of the techs led Cozy out by her leash. When she saw me she trotted over and buried her head in my lap, covering my pants in nervous drool. Cozy was eager for scritches, the entire ordeal seemingly forgotten. I rubbed her ears the way she liked and was rewarded with a satisfying purr.

Cozy did indeed have bladder stones, and we were told to put her on a special food that would hopefully dissolve them. If the food didn’t work she would require surgery, so we bought a case of the special food and changed her diet. Thankfully this worked, but we now had to buy 50 pound bags of prescription maintenance kibble directly from the vet. At $60 a bag, it wasn’t cheap, but if it helped my Cozy avoid surgery it was money well spent.

I couldn’t help but replay the scene of Cozy being taken from me in my mind. I wasn’t sure how or when this connection had formed, but clearly something was there; Cozy and I both felt it. Having never been in tune with my own emotions, I was used to having other people point out how I was feeling before I was able to recognize it myself. The vet’s words had started to make me realize that Cozy and I had some sort of bond that I couldn’t explain. I didn’t know what it meant, and I couldn’t articulate what it was, but I knew that I loved my Cozy more and more as time went on. The idea of her being sick had scared me, and I was worried about her. She seemed fine even after the stone incident. My Cozy was healthy, as was my family.