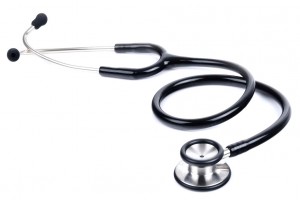 One of the greatest fears of knowledgeable large breed dog owners is bloat. Bloat (technically gastric torsion) is the result of a dog’s stomach actually flipping over which causes the gasses therein to have no means of escape. Imagine taking a loaf of bread while still in the bag, then holding the open end and twisting the loaf. This action causes the opening of the bag to become twisted shut which is basically what happens to a dog’s stomach during bloat. As you might imagine, this situation is not good.

When a dog bloats, it may have only a few hours to live because the gasses in the stomach start to expand and with the only exits to the stomach closed off, the stomach starts to stretch. The pressure builds up, blood supply gets twisted off, and the stomach can burst releasing its bacteria-laden contents into the dog’s abdominal cavity. Bloat is more common in large barrel chested dogs like Newfoundlands, Saint Bernards and Great Danes, but it can also happen in smaller dogs, not to mention other animals like goats and cows.

If a dog bloats, the dog needs to get to a vet skilled in bloat remediation quickly or it will probably die. A surgeon can open the dog up and manually untwist the stomach which, as an emergency procedure, is not a skill that every vet is capable of performing. Once a dog bloats, there is a high probability that it will bloat again, so to prevent this the stomach is sometimes stapled to the chest wall during the bloat procedure. This is not minor surgery.

Being research addicts, Lauren and I both read up and learned a great deal about bloat. Being the obsessive person that I am, I needed to be prepared, but short of becoming a veterinary surgeon, what could I do?

Many in the large dog community advocate having a bloat kit. The kit contains among other things, a stethoscope, a quick guide to the symptoms of bloat, a precisely measured length of surgical tubing, a roll of surgical tape and a large bore syringe. The stethoscope is for listening to the stomach for signs of bloat. The tubing is to insert down the dog’s throat in order to possibly force through the twisted opening to the stomach to relieve the pent up expanding gasses. The tape is to put in and around the dog’s mouth so it doesn’t bite while being freaked out about you shoving a tube down it’s throat, and the syringe is to be used if all else fails. As a last resort, you could jab the needle into the dog’s stomach and the gasses would release, gaining the dog valuable time while on the way to the emergency vet’s office. 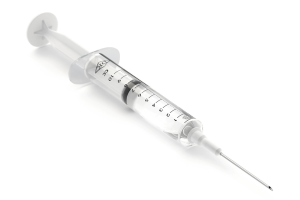 Being a bit obsessive, I dutifully assembled all the components of our bloat kit. Most of it was easy to attain, though asking our vet, Dr. Fritz, for two large bore syringes was an interesting experience. I had to wonder if he thought I was some sort of drug addict who wanted to deliver my heroin faster than a normal small-bore syringe could handle. He had come to know us and knew how much we loved our dogs, though, so he gave me the needles for our kit without comment.

I used to lay with Cozy on the ground with the stethoscope pressed against her belly in an effort to learn what a normal stomach sounded like. As far as my many hours of hands-on research could determin, a normal stomach sounds like gurgles. For many nights I’d lay with Cozy and listen. Gurgles. Was this a great plan or what? I slowly realized that this is why interning at a vet hospital and experiencing emergencies is the reason we pay vets to save our pets. 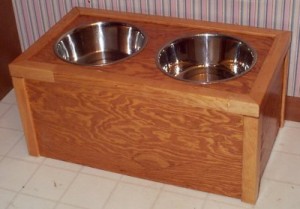 There are many theories as to why dogs bloat and those theories change over time. During the time that I was obsessing over my Cozy, the prevailing wisdom dictated that big dogs should eat from a raised bowl which would supposedly help prevent them from gulping too much air while they ate. Sounded good to me, so I set out to build my girls a raised bowl holder. It wasn’t too hard, and I even took pictures and put the plans on the Internet. These days the prevailing wisdom is that feeding from a raised bowl holder can actually increase a dog’s chance of bloating. There’s a reason people say that ignorance is bliss.

We learned that Cozy’s father, Buddy, had tragically died from bloat, and since some studies had led to the conclusion that bloat might be genetic, I added that to the ever-expanding list of things for me to obsess about. I studied relentlessly and memorized all the symptoms of bloat which could include pacing, drooling, excessive panting, unsuccessful attempts at vomiting, and a list of other symptoms, many of which seemed like normal Newfoundland behaviors to me.

One of the big causes thought to trigger bloat was excessive exercise before and after eating, which was a problem for us because Cozy went absolutely nuts after every meal. How were we supposed to keep a young, healthy dog settled when immediately after dinner she would bolt outside and run? The best we could do was ignore her cavorting so that she would lose interest, which worked with varying degrees of success.

Another behavior thought to trigger bloat was eating too fast. Some dogs wolf down their food, and it was believed that this behavior caused them to gulp down too much air. I had no idea how that could cause a stomach to twist, but it seemed logical to me that if the stomach did twist, having less air in there would be a good thing, so we came up with a plan. Cozy liked her food, but she wasn’t a sit down and savor every bite kind of dog. She was more of a all these nipples are mine – go find your own mommy kind of dog, and so she ate like an escaped prisoner of war at every meal.

Since Lauren was the Alpha Bitch, she would feed Cozy her meals which always started with Cozy sitting still and waiting, drool pouring from her flews like whipped cream from an aerosol can. When Lauren would give the OK, Cozy would attack the (then raised) bowl with gusto. We would let her eat about half of the bowl, then tell her to stop. This was difficult at first and we would have to physically remove the bowl from under her nose, after which she would stop and look at us with a What the Hell? I was eating that! look on her face. We would then tell her to sit and we would wait. After  a few seconds Cozy would let out a thunderous belch, to which we would exclaim “Good belchies!” We would then let her resume demolishing every last bit of her dinner. This went on for years with no bloating in evidence, though it did entertain many a dinner guest.

So far as I know we were the only people who rewarded their dog for good belchies. Bloat was the boogyman of dog ownership in my mind, and I was constantly nervous about it even though I had never directly experienced it. I was ever watchful for odd behavior which, in a house where the wife was spitting in the dog’s food and the husband was laying on the dog at night with a stethoscope, was not an easy job.