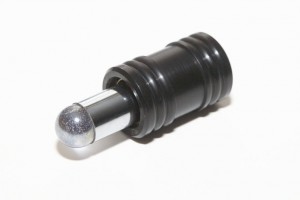 I recently wrote a review of Chessmate.com’s wonderful portable chess set. David Weinstock, the owner and inventor of the ChessMate.com chess sets was so happy with my glowing review that he asked if I would review another of his product. I told him that I would be happy two, under two conditions: I would not falsify my opinions, and I must be free to post any negative impressions I might have. Mr. Weinstock agreed, and a week or two later, I received a Thinket™ in the mail. What is a Thinket™ you ask? That’s… complicated. Allow me to explain.

The easiest way to explain what the Thinket™ is, is to point you to the photo and say “It’s one of those”. Of course that doesn’t help you much, but if we were to meet in person, I could hand it to you and say “Check this out – it’s a Thinket!” I don’t usually say “Trademark!” after product names during casual speech, so I left it out of my quote. I really like using the little ™ symbol though, so please pardon my exuberance with its excessive use. 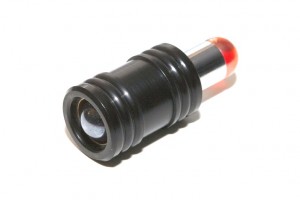 I’m a nerdy guy who enjoys my fair share of pop science. As a teenager I had every copy of Omni magazine until it went under. Oh.. I think I dated myself there. Suffice to say that I’m a bright, well-read amateur astronomer who knows the difference between a black hole and a pulsar, and can find Messier object M42 in the night sky without a map or computer. I even know how to use a sextant, though I’m not sure why that’s relevent. Regardless of my inflated nerd-ego, I know what quantum mechanics are, and I can explain Einstein’s theory of relativity in order to impress a girl. Smart is sexy!

It was therefore with a curious scientific mind, that upon opening the box to my powerful Quantum-Ripple Generator, I set out to prove the existence of any quantum ripples immediately after The Thinket’s use. Would you believe that I just could not find my quantum ripple meter anywhere? The kids must have borrowed it for one of their death ray experiments. I told them to stay out of my lab. God help us all if Annie get’s ahold of that thing! It was therefore with a heavy heart that I had to abandon my detailed analysis of The Thinket™, and instead concentrate on traditional empirical observation. 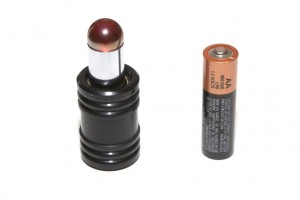 The Thinket™ is a small tube, with a small rod situated within it. The small rod is capped on each end with what looks like small marbles. Put on its end, it is a little bit taller than a AA battery. Oh wait – I took pictures. Just look at the pictures already. That’s what a traditional Thinket™ looks like. There’s a cooler Heavy Metal Thinket™ which has a metal tube instead of the black plastic one shown. I think the metal one would look and feel nicer. I might have to get one to see if it makes bigger ripples in my quantum… stuff.

So what does it do? Well, that depends on who you give it to, and that’s where the fun was for me. On its surface, The Thinket™ operates very simply. If you push the clear end, the rod pops out the other side, but doesn’t come loose from the tube. Push the red end again and pop, it shoots out the other side, but again, stays firmly within the confines of the outer case. From a mechanical standpoint, that’s what it does. Without my quantum-ripple meter, it was hard to see what else it might be doing. I’m sure it’s affecting my immediate environment while I’m using it. The Thinket™ does come with a pretty interesting disclaimer after all:

SPACE-TIME LEGAL DISCLAIMER:
Mindspan Labs does not guarantee the quality or outcome of any Space-Time pathways taken as a result of using the Thinket properly or improperly. Mindspan Labs also makes no claim to any benefits or assets that have been or may be acquired by Thinket users such as: Big pay raises, lottery winnings, fantastic careers, fulfilling relationships, lucrative inventions, brilliant medical cures, or the like.

Come to think of it, I did get a free upgrade on my rental car this week. I had The Thinket™ with me while I travelled so I could write this review on the road. It must have been working! 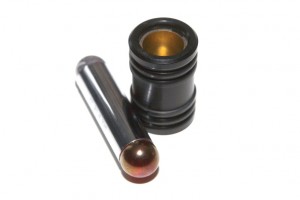 My curiosity finally got the better of me and I decided to pull the rod out from the grip. It seemed like it was attached in there with something pretty substantial, and it was killing me that I couldn’t figure out what it was. So finally, accepting that I might break my Thinket™ and end my run of free rental car upgrades forever, I pulled even harder on the rod. Pop! It came out in my hand. There were no wires, no connections, and no indication of attachment of any kind. That’s when my clever brain figured it all out. Magnets!

The Thinket™ stays together through the clever use of what I assume to be rare Earth magnets. They are very strong, and the included paperwork warns of the magnet’s strength. That’s right, like the man that I am, I did not read the instructions until after I figured it out. The magnets are so strong that in the picture above with the AA battery, that was the closest I could place the battery without it slamming into The Thinket™. Because the magnets are so strong, don’t use The Thinket to prop up your hard drive full of special family photos, and don’t use it as a paperweight for your floppy disks. Actually I don’t think I’ve used a floppy disk in 10 years, but if you have a fine watch, best keep it away from The Thinket™ as well, since magnets can cause finely tuned automatic watches to lose accuracy.

Everyone seems to react differently to The Thinket™. When I picked it up, I immediately wanted to know how it worked. I needed to dissect it—to understand it. When I gave it to one of my kids, she simply said over and over “what is it?” while flipping the little bar back and forth. My other daughter, who tends to be a tad more obsessive, flipped the rod back and forth non-stop until I took it away from her. We’ll need to get her tested for borderline quantum-ripple addiction syndrome. When I handed it to my wife and showed her what it did, she responded with “that’s stupid”. Actually she said something far more colorful, but I wouldn’t want the world to think less of her. She knows what she said, and she should be very ashamed, even if it was darn funny.

…the Thinket is also a nifty Manual Focus and Dexterity Device (MFDD) that helps you to relax and focus on whatever you’re doing.  So remember; whether you’re solving a problem, playing a game; hanging out with friends, doing homework; or simply trying to concentrate or meditate, the Thinket is a fantastic friend and facilitator!

That is the best way to explain how the average person will view The Thinket™. It is a fidgeter’s holy grail. If you are the kind of person that will tap a pen during a meeting to the point that the person next to you takes it away, you need a Thinket™. If you’re the kind of person that likes to have interesting objects on your desk for people to play with, then the Thinket™ is for you. If you like interesting magnetic items or want to explain magnetism to children, the Thinket™ might be for you. If you think objects that have no outward purpose are “dumb”, even if they may provide the ability to create virtually limitless supply of quantum ripples, then you probably don’t need a Thinket™. If on the other hand you enjoy writing reviews that require countless special characters like ™, then the Thinket™ is definitely for you.

If you have a nerd in your life who is like me, I can all but gaurentee that he would love to receive a Thinket™ as a gift – Especially the heavy metal one.