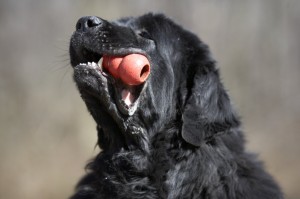 In every dog lover’s life, there is one special dog. For me, Cozy was that dog.

Cozy came into our lives in August of 1997 when we were still just newlyweds in a big empty house. Before we had decided on a name, she was just “little blue puppy” because the breeder had tied a blue piece of yarn around her neck. All the puppies in the litter had colored yarn around their necks, but it was the little blue puppy who nudged my elbow and picked me so many years ago. From that moment on, My Cozy and I shared a bond unlike any I’ve shared with any other dog, or person for that matter.

When My Cozy was a puppy we bought her many toys, but only one mattered. From the pile, Cozy picked the Kong, and from then on, it was the only toy for her. If the Kong became lost, Cozy would race around the house until she found it. If it was somewhere that she couldn’t reach, she would bark until someone with opposable thumbs came along to help her. Cozy could not only catch the Kong no matter how hard you threw it, but she could throw it back too. Of course when you got tired of playing she would drop the disgusting drool-covered thing in your lap. If you ignored her she would nudge it with her nose. If you continued to ignore her she would bark at you until you gave in and tossed it to her, at which point the cycle repeated.

Cozy adored me, and I loved her with an intensity that would take me years to fully comprehend. Four and a half years ago, My Cozy drew her last breath.  The ravages of cancer had ruined her body from within, and her pain had become too much for either of us to bear. On March 15th, 2006, I held her face in my hands while she slipped off to sleep for the last time. She was only eight when she died, taken from me at far too young an age. I still cry like a little girl when I think about her. 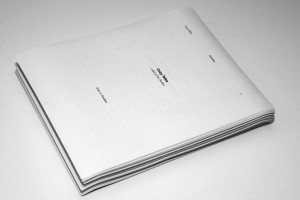 My grief was so intense that I battled depression for years. Not until I decided to write about about Cozy, was I able to deal with the powerful emotions buried within me. Writing a book about Cozy’s life was both a joyful and incredibly painful experience. To write about an event in your life, you have to relive it in a way that’s hard to understand unless you’ve done it. Writing about Cozy’s death brought the event right to the forefront of my consciousness after I had repressed it for years. I couldn’t write about her in public places, because every time I started I would end up crying like a baby all over again. Then, when I’d have to edit the chapters, the pain was brought forth again and again until finally, 85,000 words later, the book was done, and I was emotionally exhausted. Amazingly, this process made me feel better, not only because it forced me to confront my demons, but because it resulted in Cozy’s life being recorded, which is something that I felt she deserved. 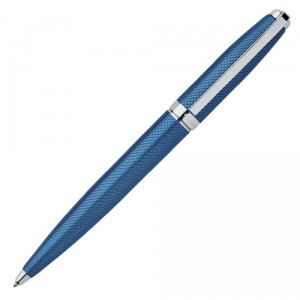 Because of the yarn tied around her neck as a puppy, blue came to represent Cozy to me. When Cozy died, I bought a very nice blue fountain pen that I carry with me everywhere.  I have many fountain pens, as I love to write with them. I find them to be a welcome contrast to the digital life I lead. This pen though, this pen is my Cozy Pen. I write in a journal with it, and I write story ideas with it. I have signed important contracts with it, and the resulting engagements have always gone well. Lauren has one just like it, though hers is a ball point like the one shown here. Cozy was our first baby. Cozy taught us that we could take care of a living thing. Cozy taught us about life. 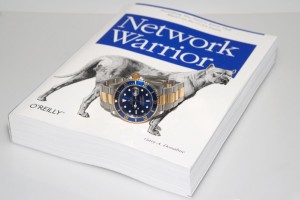 I also have a blue watch. When I published my first book (Network Warrior), I spent the advance on a nice Rolex, which had to be blue. The cover of my first book? Also blue, though that was just dumb luck. Writing that book helped me to deal with Cozy’s death, and this acknowledgement to her is contained within. It reads:

I would like to thank My Cozy, my faithful Newfoundland dog who was tragically put to sleep in my arms so she would no longer have to suffer the pains of cancer. Her body failed while I was writing this book, and if not for her, I probably would not be published today. Her death caused me great grief, which I assuaged by writing. I miss you My Cozy—may you run pain free at the rainbow bridge until we meet again. 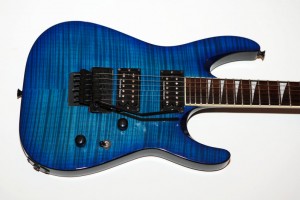 Of my many guitars, two of them are blue, and though they are almost identical copies, one was the first guitar I bought after Cozy died. I am not in the habit of naming my guitars, but this guitar is known to everyone in our house as “The Cozy Guitar”.

In a small container in my office, I have all of Cozy’s puppy teeth, a tuft of her fur and the impossibly small piece of blue yarn that I took from her neck when she was eight weeks old. It sits next to her box on the shelf in my office where I spend most of my time. In Cozy’s box is her ashes, her beloved kong, and the collar I took off of her neck the day she died. It is still in the same loop that it was in that fateful day. From time to time, when I’m feeling sad, I’ll take out her collar and hold it. Its cold metal in my hands reminds me that she’s gone, but also that as much as I like to say that she was My Cozy, I never really owned her. No, she chose to be with me. I don’t know if she made the right choice, but I did my best to take care of her while she was here

I think of My Cozy often throughout each day. Life is not the same without her, and even though Annie and Guinness fill our house with love and devotion, I still miss My Cozy-Bear.

Hug your dogs while you have them. Every time you’re too busy for them will be a time you regret after they’re gone. Cozy’s short life impacted me more than I could have imagined. I only hope that she knew how much I loved her while she was here. Take some time to let your dog know how much you love them. Tell them Cozy sent you.