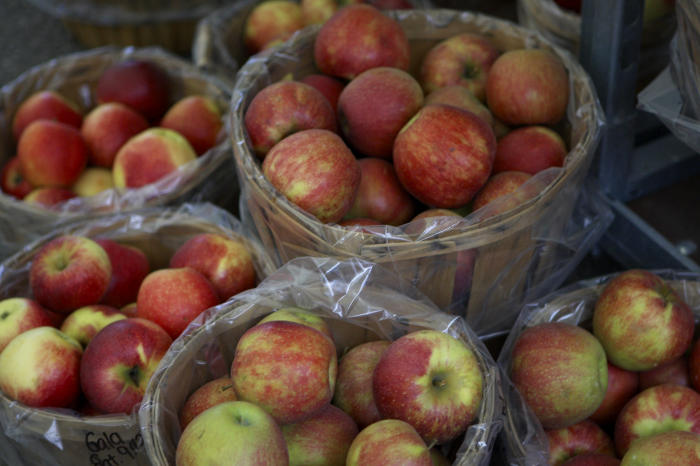 Annie, unable to get into the cabinet since I welded it shut (with a plastic child-lock), decided to hunt elsewhere for snacks today. While I was out writing at an air-conditioned Starbucks, Lauren and the kids went to the lake to be with her sister and nephews. Annie, who apparently had not been sufficiently fed – or perhaps entertained – still needed her snacks. A girl’s got to eat after all.

Being at war with a hyperactive 100 pound juvenile ferret makes us do things that other people might find odd. For example whenever Lauren leaves the house, she puts the kitchen trash can in the bathroom, and the fruit bowl in the microwave. That may seem strange in your house, but I assure you that it is quite normal in our little corner of the Newfy asylum.

Upon Lauren’s return from the lake, she discovered Guinness happily munching on a peach pit. What the Hell? But the fruit bowl is… empty on the counter. It didn’t even look like it had been moved.

We’re still unsure about Guinness’ role in all of this. He was found with a peach pit, so he is at least an accessory to fruit theft, but it’s possible that he simply found it when everyone came upstairs. I think we might need to set up the old Newf-Cam again.

Today’s score from the monochromatic bandit was five apples and a peach. There were no remains to be identified from the apple family. The peach pit was given a proper burial… in the bathroom where the kitchen trash remains.