I am an admitted gear-hound. I like stuff. While that in and of itself isn’t a problem, I suffer from a more sinister condition; I like nice stuff. 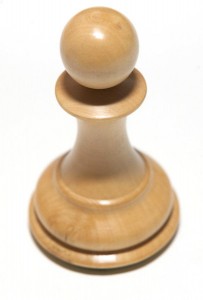 I blame my dad. I can remember him telling me that if I had narrowed my purchase down to a particular model, I should always buy the next better model. He advised that I would only feel the pain of the increased cost for a short while, but I’d enjoy the better item for years to come. Additionally, the better model often meant better quality as well, which would help to ensure an even longer lifespan for my purchase. Sage wisdom.

Today it seems that purchasing the “better” item rarely buys increased quality, but instead offers increased functionality. In the world of electronics, that can make sense. Electronics though, has become the epitome of mass production. Not only are hand-made electronics now the realm of boutique builders, those boutique builders are becoming more scarce every year. END_OF_DOCUMENT_TOKEN_TO_BE_REPLACED

I enjoy a good game of chess, but when I travel, I only play on the computer because most chess boards are too big to take with me when I travel. The problem with playing on the computer is that it’s just not the same as having a board with real pieces in front of you. Luckily, many companies make travel chess sets that cater to whiny traveling nerds like me. The problem is, they all suck. END_OF_DOCUMENT_TOKEN_TO_BE_REPLACED

When I first saw the announcement for Apple’s Magic Mouse, I knew right away that I simply had to have one. I mean just look at it! It’s sleek, it’s sexy, and it just oozes Appleness. The designe engineers at Apple really hit one out of the park with this baby. Having owned an Iphone for a little over a year now, I’ve grown to love the multi-touch interface. I figured this mouse would be a natural.

Many people like to shop, and I’m no exception, but I tend to shop for very specific items after doing a lot of careful research. I know what I want, I know how much it costs, and I’m not an idiot. That’s worth restating:

I know what I want

I know how much it costs

I am not an idiot

It would seem that everywhere I go, I am assaulted by retail employees and shop owners who cannot understand these three simple truths about me. I feel that I am not alone, as I have heard other people complain of the same sort of things I will rant about here. Still, the American retail experience is one filled with frustration, arrogance and sometimes downright anger.

If I walk into a store knowing that something sells for $399.95 everywhere, and the sales associate tells me that the store’s cost is $445.00, they obviously think that I’m an idiot. It’s not always the sales person’s fault of course. I’m sure many of the big box stores train their employees to treat us all like cattle being led to slaughter. I would hope that some poor retail sales associate might refuse to play this game, but my hope seems misplaced. Perhaps the associates that refuse to play are fired. That would probably make me sad if I weren’t so often angry at the way I’d been treated.

I tend to buy specific high-end items. If I walk into a guitar store and ask to see a Gibson Les Paul 1959 reissue guitar (commonly called an R9), chances are that I know it’s made in Gibson’s custom shop, and that it will be significantly better made than the Les Paul Standard. The mere fact that the reissue retails for over six thousand dollars while the Standard retails for less than half of that probably indicates that it’s a better guitar. Granted price does not always equal quality, but in this case it does. Please don’t tell me that the Standard is “just as good”. I know what I want, and I’m not an idiot. Just tell me that you don’t have any R9s in stock please.

At any rate I have a pile of these stories, and I’ll be sharing them here. I’ll eventually complile all my ramblings into a book or at the very least a pamphlet to hand out during parades and such, so enjoy them now while they’re free.