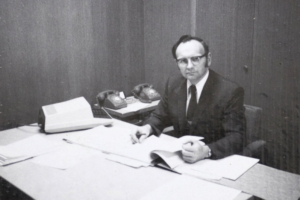 Everett B. Donahue was my dad who was taken from me in 1982 through the brutal ravages of cancer. This page is to celebrate him because previous to me publishing this page, the only thing that showed up during an Internet search of his name was his death notice and no one should be remembered solely from a short blurb in a newspaper obituary.

Born in 1929, he was 52 when he died. He had told me only a few days after my senior prom that he was sad that he couldn’t afford to pay for me to go to college and just wanted to see me graduate high school. He died the day after I graduated. I was 17 at the time. 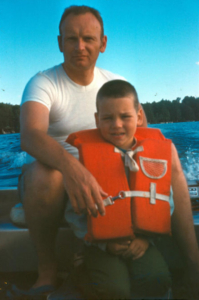 My dad was an absolutely no-BS kind of guy. He was very smart and made his own way in the world, which I suppose is a pretty good reason why I tend to be the same way. He never once laid a hand on me and instead led with a sort of stern kindness that a lot of people see in me.

He taught martial arts at the local adult school since he had an advanced belt in Jujutsu back decades before there was a Mixed Martial Arts studio on every corner. He used to lay on the floor watching TV with his hands behind his head and his legs outstretched with his feet floating two inches off the floor because he learned from Japanese masters in the 1960s, and that’s how they trained. In my 30s I trained for 10 years or so and got my second degree black belt in Tae Kwon Do, but still couldn’t have taken my dad in his prime. 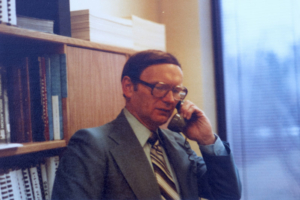 He was a very quiet man who rarely smiled but had a wickedly sharp sense of humor that few understood. When I asked one of my friends from high school how he would describe my dad, his simple answer was, “scary.” He wasn’t scary. He was intense, he was serious, and he was smart as hell. My friend just wasn’t used to an adult that would threaten to cut off the blood to his brain if he didn’t stop talking in front of the TV. I knew he was joking, and anyone who knew my dad well would have known he was joking, but I suppose that’s one of those “it was a different time” type of stories. 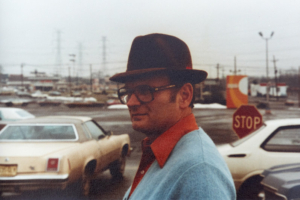 I was an only child, though I had half-siblings that I hardly knew from both parents. My dad worked as a piping engineer at C.F. Braun in New Jersey which is where that first picture was taken. He worked there for probably 20 years which is something I have trouble imagining today, having been a consultant who’s worked at too many companies to count. His love of engineering, science, and learning was passed to me because no matter what he was doing, if he thought it was interesting he would make sure to call me over to let me see and learn along side him. One of his loves was photography and all of the basics of that art I learned from him, even though I would have probably refused to admit that to him at the time. 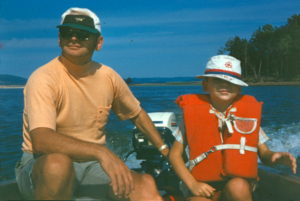 He used to repair TVs for extra money and he and I would travel to people’s houses to work on their huge wooden console televisions that were as much a piece of furniture as they were an entertainment device. He had a tube caddy that he would bring with him that was loaded with all sorts of commonly used vacuum tubes and he would teach me all about the electronics in the backs of other people’s TVs while he worked to fix them. From dangerous flybacks to the variable capacitors used for tuning, my basis of electronics theory came from watching and listening to him as he worked. 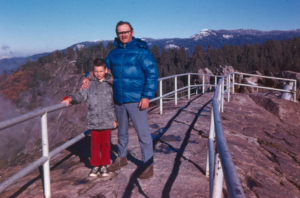 When I was in high school he bought me a computer when the Radio Shack TRS-80 Model III was state of the art, perhaps seeing in me an interest at a time when school largely bored me. He and I used to sit and take turns typing programs into that computer that the other would read out of magazines.  He would have absolutely loved the idea that I color-corrected all of these images on a computer after scanning them from almost fifty year old slides.

In 1982, he suddenly had a variety of strange symptoms ranging from vision problems on one side to sudden awful headaches that he described as, “someone with a chainsaw in his head trying to get out.” He was diagnosed with Glioblastoma, a terribly virulent form of brain cancer and he was gone within six month’s time. I can remember him calling me over because he thought the CAT scan pictures of his brain were so cool. Even that day with its horrible news was a memorable learning experience. 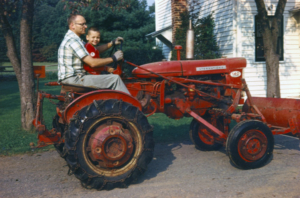 Because I was only 17 when he died I never really got to learn who he was as a person: he was always just my dad. Here in 2019, I am now almost two years older than he was when he died, a fact that boggles my mind almost daily. It took me decades to accept that every little headache wasn’t the beginning of the end, and it took me just as long to accept that I am better at some things than he was. I guess that’s just a part of life, but it’s kind of sad that he didn’t get to see me become something more than the recalcitrant teen that he knew. The wise part of my brain insists that I would not be who I am had he not died when I was still so young, which is a thought that I can entertain in large part because of how he taught me to think. 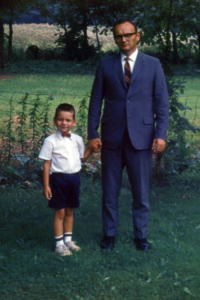 Thanks for pushing me in the right directions, Papa, though I think the biggest lesson that you may never have known you were teaching was the most important one of all: you taught me how to be a dad. As a result, I’ve got two thriving college-age daughters who are starting their own adult adventures. So far as I’m aware, the only friends of theirs that have described me as scary have been boyfriends, so I think I took what I felt was useful from that lesson. Since I live in a world where threatening teenage boys with unconsciousness is frowned upon, I’ve learned to do it with just my presence.

I wonder if you would have spoiled my daughters as a grandfather. I certainly like to think so. I guess when I get to that stage in life I’ll have to make it up as I go since I didn’t get to learn by your example. Perhaps that was your main lesson after all: to figure it out as I go.

7 thoughts on “Everett B. Donahue”