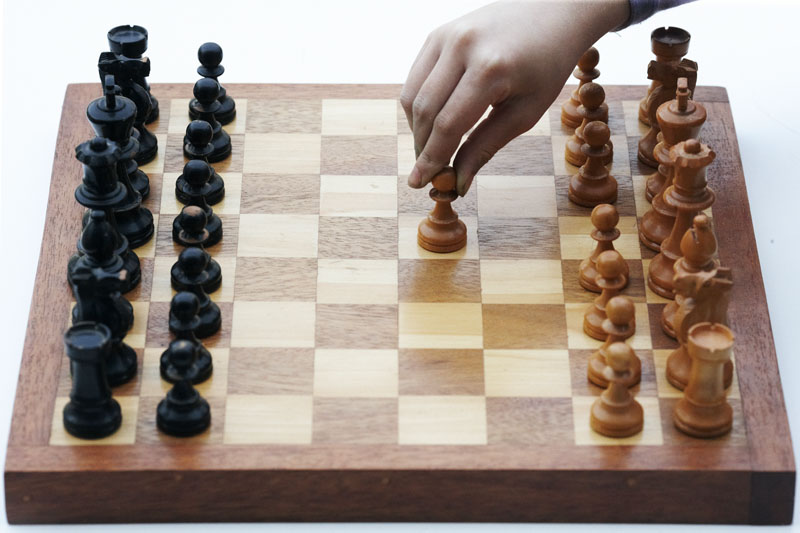 Yeah, she didn’t buy it either. She even refused my offer to issue a statement on national television refuting my earlier claim of foul play. That kid is a class act.

When playing with Colleen, I have always had two goals; to beat her, and to teach her how to beat me.  I guess this proves that I’m either I’m a really good teacher or that I suck at chess. I suppose both could be true, but then if I’m really good at teaching sucky chess, how did she beat me? I am, after all, her only teacher.

It really doesn’t matter how she beat me. What matters is that she did, and that she didn’t cheat.

What does matter, to me at least, is that Collie beat me on my own handmade chessboard, that I built as a gift for my dad in 1977. She beat me using the pieces that he bought before I was born – the same pieces that he and I used to play with before his untimely death in 1982.

To honor her achievement, I wrote an inscription on the bottom of that board and we both signed it, the same way I signed the board when I gave it to my dad more almost 35 years ago. The board and pieces are the ones seen in the pictures on this page. That’s her hand you see moving a piece as well.

Today Colleen beat her old man at chess. That’s a milestone that I don’t think she quite understands yet. She didn’t even brag about it to all her friends at school. I don’t recall ever beating my dad at chess, but I can assure you that I would have told everyone and their cat if I did.

In honor of Colleen’s great game, and her humility in the face of victory, I offer this blog entry to the world. Congratulations Collie. Good Game!

2 thoughts on “My Daughter Beat Me at Chess”