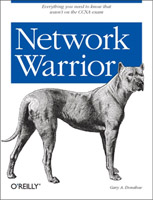 Being a published author, I am constantly told what an amazing achievement it is. I agree, but I’ve accomplished other things in my life that were much more difficult. I have a second degree black belt in Tae Kwon Do for example. Still, there is something mystical to most people about being published that transcends other accomplishments. Perhaps we all lust for fame. Though I’m far from famous, if you google my name, my webpage or book will come up first. I guess I’m the most famous Gary A. Donahue on the Internet today. All because I’m a published author.

I can hear some of you asking, if writing is so damned difficult, why do you do it?

I need to write. I can’t help myself.

2 thoughts on “What it Takes to be a Published Author”